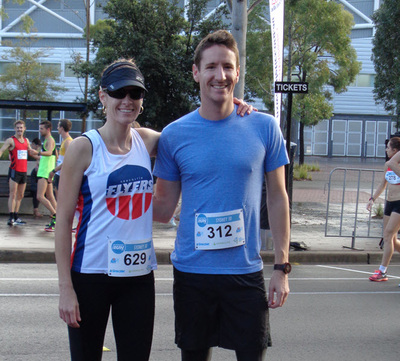 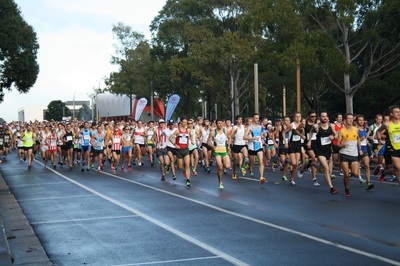 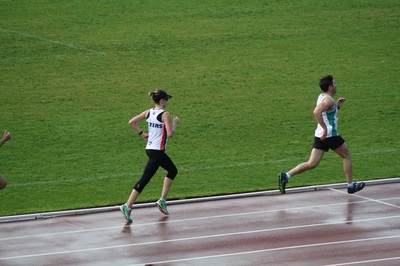 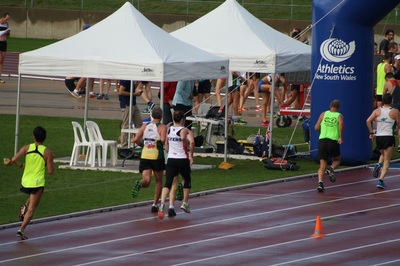 Race Date: May 2nd    Results: 2015
This was my first race as a Flyer and my goal was to do the 10km run in under 40 minutes, however my race preparation hadn’t been great due to an infected toe and the loss of a toenail as a result of the Marathon Tyres Half Marathon a couple of weeks before the race. I was determined not to let myself and the Flyers down though, and besides I had just pledged $20 to Phil Tweeds Nepal fundraiser should I achieve my goal.
In the days leading up to the race the weather was shocking and rain and wind was predicted for race day so I was prepared for tough conditions. However the morning turned out to be quite clear and still but unfortunately a bit humid.
First up was a long wait in the queue to get my race pack and then a warm up jog and some drills. I then met up with some fellow Flyers who talked me through the course and some race tactics.
Then I was on the start line feeling pretty special to be in the presence of some well known athletes both nationally and internationally. I quickly spotted the 40 min pacer before the start gun went off and I was determined to stick with her.
Bang! I was off and navigating through the crowd of runners. I kept looking at my watch to make sure I kept my 3:50 – 4:00 pace as planned and didn’t get swept along with those who tend to start out too fast. This was quite tough and I was actually shocked to find my brother, who had also joined me for the race and who had hardly done any training, in front of me at the 2km mark. He dropped off pretty quickly though and ended up coming in almost 8 minutes behind me :-)
At the first turn around point I was really pleased with how I was feeling and was maintain my sub 4 min pace. Then I spotted the 40 minute pacer just in front as we began the slight incline on the way back up to the start line. I maintained pace and was in front of her by the time I had reached the next turn around point.
Half way there and I’m still feeling great and very pleased to see a sub 20 min time on my garmin, now to just do it again!
7.5kms down and it’s time for the incline again. I remember feeling proud because I maintained pace even though I was hurting! Incline is over and I’m now heading into the stadium, oh no, another incline! I remember flying up and over that hill determined to get to that finish before the clock said 40 minutes. As I was turning into the entry tunnel I called out to the guy in front of me to say “coming past on your right” as it was going to be a tight squeeze and I was not going to lose the great rhythm I had going.
The last 350m of the race hurt but I actually picked up pace and overtook a few people. On the 100m stretch I heard Robbo call out “here come the sub 40 runners” and I quickly looked at my watch and saw 39 something. I knew I was going to do it! I crossed the line in a sprint (well if felt like one anyway) and stopped my watch. 39:52. Yay, I did it!!!!!!!!!!!!!!!!
What a great race! Definitely recommend attending this one if you want to do a PB. I will be back next year to improve my time.
P.S. I have really been working on my cadence at the suggestion of fellow Flyer Paul Murray and I am pleased to say I managed to maintain an average of 186 spm for the race (see copy of cadence graph).
Powered by