Race Date: January 10th  Results: 2016
A tough pill to swallow in today’s half marathon, though swallow it I must.
My training in the last 2 or 3 months has been excellent, that much I am sure of. I’ve performed well in both aerobic training & speed work, seemingly having built more strength in the legs and have managed to run higher mileage than ever before, consistently and without injury. I did run a disappointing time on the Central Coast too in November and that’s worth bearing in mind.
After travelling down to Hobart with Sarah and the boys Friday morning we set about seeing some of the city. Nothing too strenuous but we had a bit of a walk around and I did a 6km ‘easy’ run. Not so easy actually and I felt pretty dodgy, which had been a theme since mid-week when I got a scratchy throat. By Saturday morning my head was foggy and I could feel my nose and throat getting blocked up. Quite disconcerting and did not help my mood as my poor wife can attest. Sorry Sarah! Saturday was another run, this time first thing in the morning and feeling a little better, before a look around Salamanca markets. They are definitely a Hobart attraction, though not the easiest thing to look around with two young boys and a cranky/anxious runner. Spaghetti bolognese for dinner at ‘Little Italy’, an episode of The X-Files when the boys were asleep (I really should blog about our journey rewatching it all) and an early night.
I was ready pretty early in the morning, got myself to the Best Western to catch the bus where I met Coach Vlad who was also running the half marathon and before long we were at the start/finish area and getting warmed up. In a good sign my head felt clearer and other than still being a touch bunged up I was OK and ready to go. The plan, as previously at the Central Coast, was to sit as close to 3:30/km as possible and bring it home for a PB. A decent, even run was what I was after, accounting for variations in the terrain of course.
Cadbury do a nice early 6:30am start for this race and it was pleasantly cool, though not as cool as last year where I was actually chilly. We got started on time and the first couple of KMs, looping around the Cadbury village, ticked by quickly with a fairly big group hitting 3:25 for kilometres 1 and 2. For the next few I tucked in behind/with the lead female who I had heard in the pre-race interview wanted to run a 74. She started to fade around the 8th kilometre and then I was on my own. A couple of half runners were visible ahead but my own pace had stalled and while I thought I might be gaining on them, it was a slow process.
From 8km onwards my pace had dropped to 3:37-3:41 – very consistent within that range, but of course quite a bit slower than I hoped. I was able to grind through the inclines without losing much but still could not generate the pace I needed even on the downhills or flats. Quite frustrating. I was, at least, making up time on the runners ahead of me. I passed runners at around 10km, 13km and after chasing one guy from that point, sloooowly making up distance, overtook him on the final hill up to the factory in the last few hundred meters to take 2nd place in the Australian Masters Championship. So that felt a good finish even if I knew the time wasn’t there.
I finished in 1:16:51, 9th place overall, 2nd place in the Australian Masters Half Marathon Championships. It’s disappointing, coming off very good training, to not be running a PB at this point and that is something I am still processing. What can it be put down to? While perhaps not absolutely 100% after feeling a little sick earlier in the week, I don’t think it affected me much, if at all today. It may be that the bigger training I’ve been doing just has me unable to hit those times for now. Perhaps, as Coach Vlad suggested, I am paying my training down ready to capitalise on it later in the year but not benefitting in the short term. He’s the man I trust with my training and so that carries weight for me. Of course there’s a little voice in the back of my mind saying ‘maybe your body just can’t handle the training load, back off, back off’ – it is way too early to give credence to  a little voice like that though.  The process needs more time, as does my body.
What I have to do here is trust the training, trust the process and stay on target mentally so that when that time comes, I can reap that reward. I’ll be racing the half marathon again in March at Port Macquarie so we’ll see what I have there shortly before the Canberra Marathon in April. 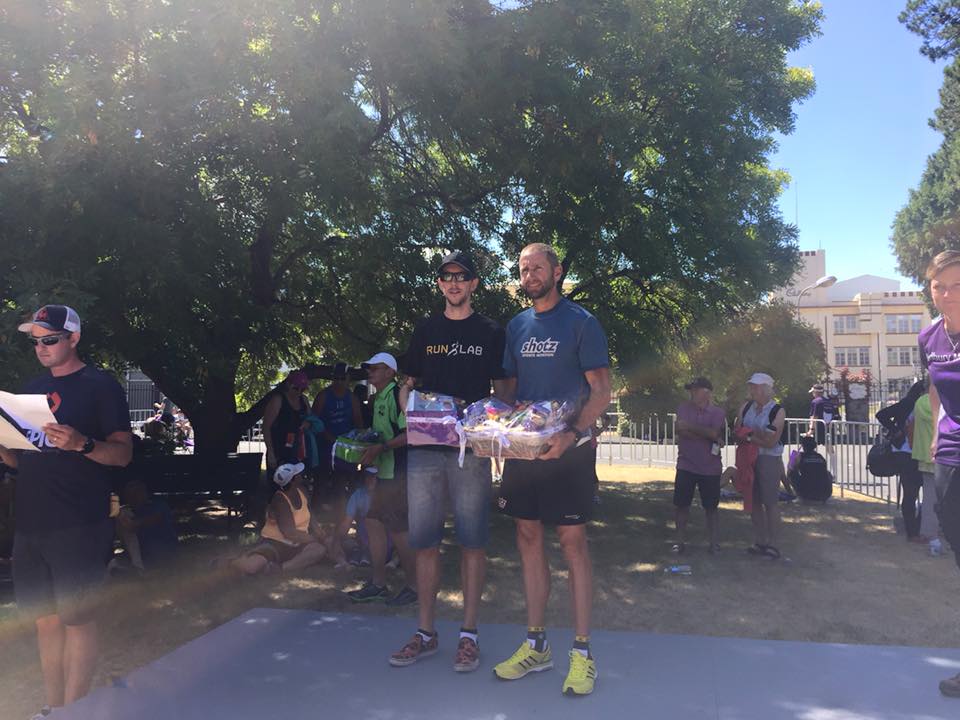