The Australian Running Festival was a great opportunity for those looking to beat their personal bests. The race promised a nice flat route with perfect weather conditions for running. I had run a few half-marathons before with my Personal Best of 83 mins 36 seconds at Glasgow in 2015.
For me personally, the race went beyond just getting a PB. I was there to show support for one of my work colleagues, Matt Dun who’s trying to raise awareness about Diffuse intrinsic pontine glioma (DIPG) - a particularly severe form of childhood brain Cancer. His story is all too personal as his young daughter, Josie is afflicted by it. DIPG is the most deadly form of childhood cancer with an average survival rate of only nine months following diagnosis.
​Matt previously had his first marathon attempt in Sydney last year where he was unable to finish due to injury. He vanquished his marathon demon this time around where he finished in a time of 3 hours 43 min.

The first hill to negotiate the Commonwealth Avenue Bridge where I began to speed up a bit. The next 4 km were quite a relief due to the slight incline. Kms 6 to 9 were the most spectacular scenic wise with Lake Burley Griffin to the left. We did a U-turn on km 9 where things began to take off. I got overtaken by a couple of runners from a Melbourne-based club and then decided to switch gears myself. I kept passing runners right back towards Kings Park up until km 16.
We went past a tunnel formed by volunteers from TCS – one of the sponsors for the Running festival. With them cheering us on, I decided to switch gears again and started overtaking a few runners. Little did I know that this would prove quite costly in another 2 kms.
My legs were jelly and would not listen to me anymore. I literally got dragged to the Medic Tent before I collected my medal. I wasn’t too pleased about my finish time of 87 min 38 seconds but still take a little bit of satisfaction from the fact that at least I finished under 90 mins. 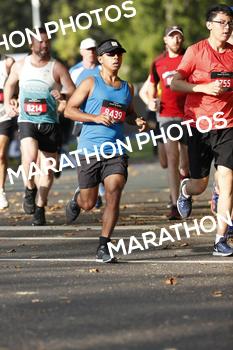 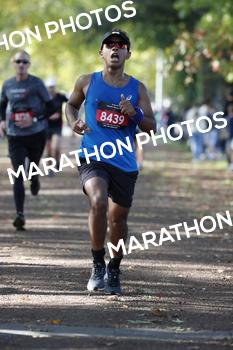 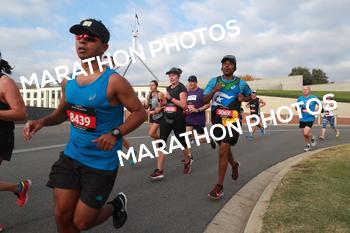 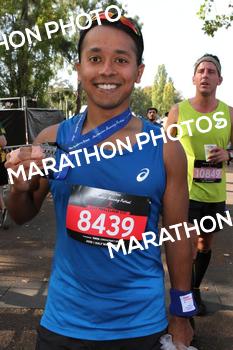