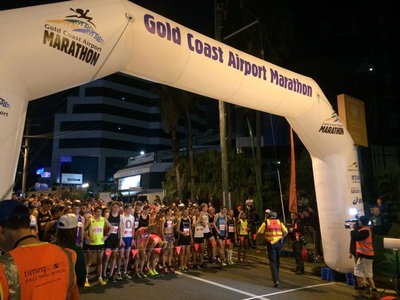 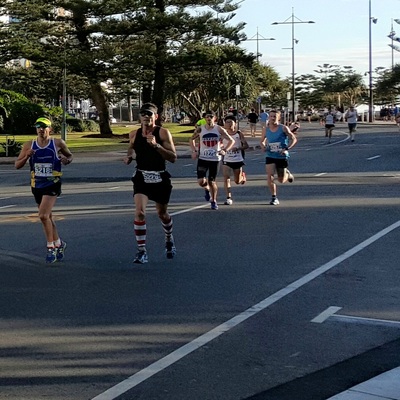 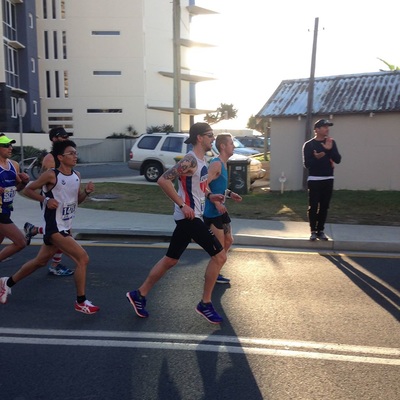 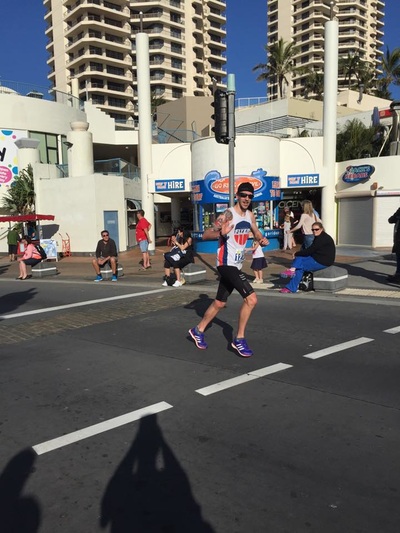 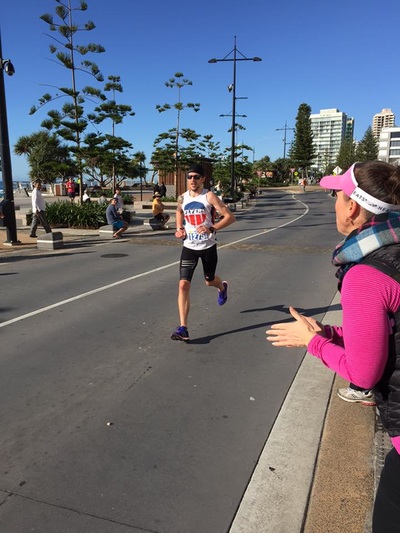 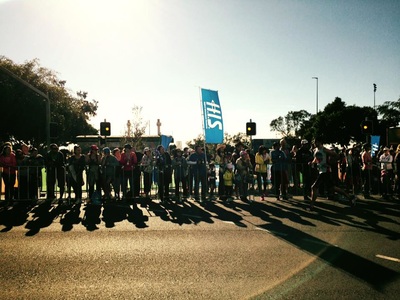 This weekend sees my third marathon done & dusted for me and has done nothing to dissuade me from putting the 42.2km at the top as my favourite distance to race. I had a couple of disruptions in my preparation, most notably a chest infection which knocked out three weeks of training and a minor calf injury coming out of SMH (which itself was a result of racing so soon after being ill in all likelihood). However, in the last few weeks I had managed to put in good results with PBs over 3k, 5k and 10k distances which so I into the race with renewed confidence and looking for a good performance. The Gold Coast Airport Marathon was my ‘A race’ this year after all and as such had a lot riding on it in my mind. When it came time to put a plan in place for the race, Vlad and I decided that I should go out looking for 3:40/km and try to do 2:35 - he said he thought I could do it with minimal if any fade and while I had only imagined 2:35 in the back of my mind I was ready to give it a good go.
So after catching up with fellow Flyers and other runners and, taking up position in the priority start warm up area and feeling very patriotic listening to the national anthem off I headed. I'm not great at those big starts, often getting caught up in the crowd and it took me a few hundred meters to free myself up. This is not really a bad thing I find, particularly at marathon distance, as it balances the impulse to rush off. When I caught up with Kirsten, who had started as a seeded elite at the front, she was easy to spot in all her Endura gear and after a brief chat I continued to move ahead, cruising past a load of people into clear space. I ended up in air that was perhaps a little too clear, on my own early (as noted by Rich Munro who called out that I should use my head and not sit out on my own the whole time) and so worked a little harder to catch a small group, which I then ran with another bloke for quite a while. The next 10-15km cruised by at 3:40/km, running very steadily with only second or two variance between each split. I caught sight of Josh, Andrew and Adam at the first turn around and figured they were going pretty well but it’s really quite hard to tell how much distance or time is between you on those turns.
My group broke down from five to three at around 19km when we dropped two Japanese blokes and I went through the half split at 1:17:44. The two Aussie blokes left with me had seemed to be going well so I was very surprised when they dropped off pretty suddenly after the half way point and then I was out on my own running solo for the next 10 or 11 kilometres. As I ran back through Surfers I got a huge amount of support from the crowd, including Paul (and his family), Rich, Matt & Mel Swift and my own wife and boys. Since the nickname has stuck with me I had put Mutton on my bib and heard lots of ‘Go Mutton!’ through the race. Just as I cleared Surfers I noticed I was starting to work harder to maintain my pace and was also aware that it was now quite warm. My 30km split was right on target with 3:40/km average pace.
My splits started to slip as I rounded out of Main Beach and crossed the bridge to Southport. One element of my race which was not as planned was my watch - I had lent it out to someone for the 10K and 1k lap splits had been turned off - I forgot to turn them back on and so when I began my race I had my overall time with an average pace for the entire distance completed thus far. When I got into Southport I saw this slip from 3:40 to 3:41 and eventually 3:42/km so I was definitely aware that my pace was slipping even though I did not have specific 1km splits. At this point I had to do something mentally to keep myself aware and working hard - fortunately fate provided an elite Japanese lady. I saw her first as I crossed that bridge into Southport, at which point she was with a man and quite far ahead of me. I told myself to keep working my way towards her and depending how she seemed to be travelling, move on from her to another target or do my best to stick with her. It took me quite a while but I did eventually catch her and running with her stemmed the tide of my fading pace. Now that I can see 1k splits in Strava (Garmin is unfortunately stuck with the full 42.3km recorded split) I know that my pace slowed to 3:47-3:52/km but held steady in that range. At times she ticked ahead of me a little, at other times I slipped in front of her but we were together for the ‘no mans land’ where the race was very hard indeed. In the final couple of kilometres we chased down another Japanese female, passing her in the last kilometre of the race.
My elite female companion out kicked me in the finishing chute and it turns out she finished 4th female. I would really have liked to thank her but she was very quickly whisked away (while I was also greeted by Robbo and a big man-hug from Silas). So if you read this Shoko Shimizu, thank you very much! 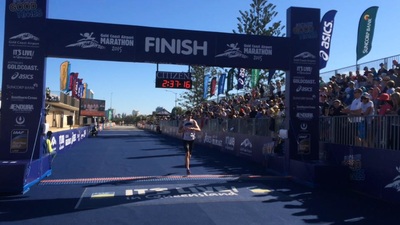 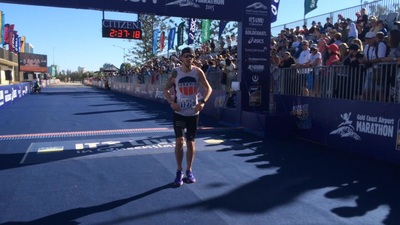 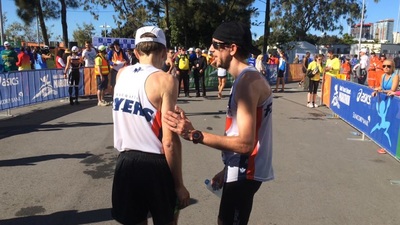 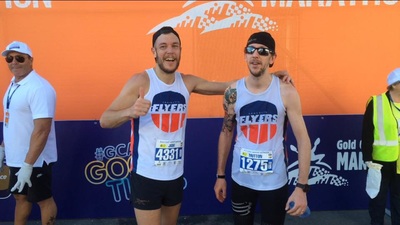 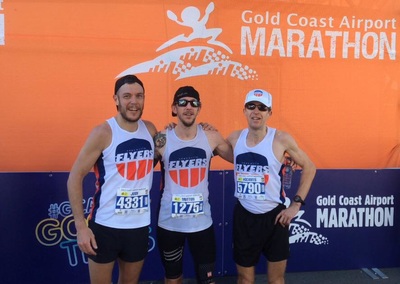 Overall, I finished in 2:37:11 net (2:37:16 gun) and I think I ran a good race. While I didn’t achieve the 2:35, I think it was well worth the try and that going out at 2:38 pace and running an easier race would have been robbing myself of something. In the end I held 3:40/km for 30km and while I did fade, I only lost 1 minute and 45 seconds in the second half. In fact, given that the results show that I was in 74th position at half way and 32nd when I finished, I’d say my endurance is standing me in good stead. I’m now not racing a marathon again until next year (hello Canberra and Melbourne), planning to add pace to my running and set better times at shorter distances. I can’t let Paul Murray be our only sub 34 10k runner for long now, can I?
Australian Marathon Rankings - Male 2015
Powered by