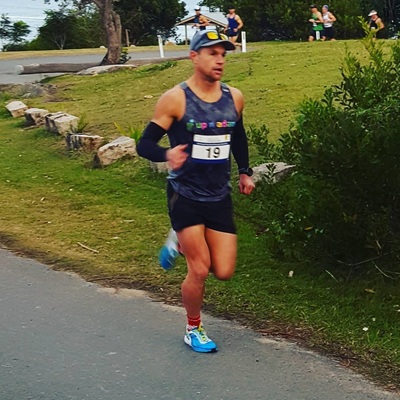 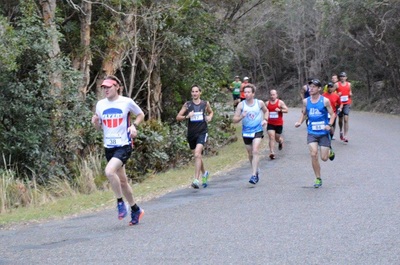 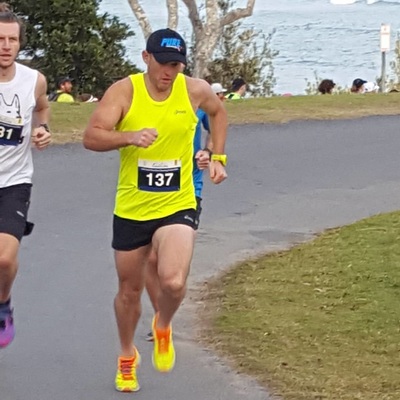 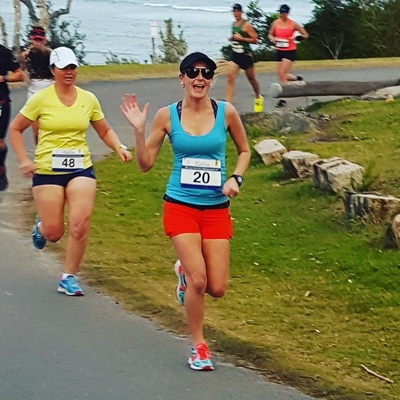 The threat came from the North. A thousand runners from a hundred clubs had gathered on the border of the Region of Runners. With little time to gather a squad, a few brave Flyers started the march to the Hot Gates (aka South West Rocks Running Festival) to defend Freedom.
On the great march North, other Novocastrians joined us. They were eager to join the battle and we welcomed the alliance. A rear guard action would prove invaluable.
Historians say that we are descended from Philippides but with the strength of a 38 Class locomotive. Part man, part machine. We never retreat. We never surrender.
The morning dawned bright and clear with a sly sou’wester springing up. As we warmed up, a woman spoke to her husband, “Flyer, Come back with your shield”; she paused, looked down momentarily before looking him in the eye and finished her command, “…Or on it”.
"Goodbye my love." He doesn't say it. There's no room for softness... no place for weakness. Only the hard and strong may call themselves Flyers. Only the hard, only the strong.
The starter fired a shot and the battle for the Marathon started, followed by the starts of the Half-Marathon and the 10km. We did what we were trained to do, what we were bred to do, what we were born to do.
We charged from the Hot Gates into the leading pack. It’s only here that we can keep the wolves at bay. The course climbs from the start, past the ruins of the old Gaol. Our quads strengthened by Scenic Drive, kept us driving forward as the hungry pack started to fall back. The first kilometre was done in what felt like an instant. We were well positioned and looking good, but had we gone out too hard, too soon?
The road descends and heads south to Arakoon for the second kilometre. It was a good opportunity to consolidate our positions. It was also worth noting that strength would be required for the climb on the return journey.
Turning westward, the course then leaves the road and proceeds along a twisting footpath for the next few kilometers. Relatively flat but with a few short, sharp climbs, the path wanders along the streets, into the bush and then back to the streets. The wind seemed to be across us or even slightly into us. We looked forward to a downwind journey back to the finish line. Slowly but surely, we were catching those in front but would we catch them all?
The footpath dips down to its most western point. It is here that the 10km runners return, and the marathoners climb up a nasty slope to head South along a few undulating kilometers through the town and then down onto the flat river plains.  The half marathoners turned around at Jerseyville with the marathoners turning south west, running along the Macleay River until they reached their turnaround point at Kinchela.
It was at the 10km turnaround that a horrible truth was revealed. The wind had turned and now the final five kilometres would be into a strong winter wind. Sensing our fear, the wolves howled, and darkness started to descend. We pushed on, there’s no retreat, no surrender for a Flyer.
One by one we met our destiny. Even as we ran strongly up the hill back to the Old Gaol, the battle seemed lost. It seemed that the sweet taste of victory would be just out of our grasp. The final kilometre is nearly all downhill and we ran it as hard we could. Our fast finish would give them something to remember, our last chance to make an inedible mark.
Taught never to retreat, never to surrender. Taught that sheer exhaustion in the service to the Region of Runners was the greatest glory they could achieve in their lives, the Flyers drew their final breath as they crossed the line.
Yet, there would be one. Supersaturated with sweat and bleeding from his right side, John Doyle had vanquished the field in the half marathon. Powering down the hill from the Old Gaol, like a lion charging off to protect his pride, no one would deny him what he had work so hard for, what he deserved. Victory was his and ours to saviour.
In 12 months, we shall return with 100 Flyers, leading 300 Novocastrians and the barbarians will huddle. Sheer terror will grip tight their hearts with icy fingers... knowing full well what merciless horrors they suffered at the feet of just a few.
Honour Roll:
Powered by