Trekking to the Start Line

We arrived in Gorak Shep (5184m) the afternoon before the race having had final medicals in Lobuche.

A prerace rehearsal was held just as the sun went down and the temperature dropped about 25 degrees within 5 minutes.

What would it be like at 0615hrs in the morning as we waited for the start?

Another check of the race kit and a final meal was had in the lodge and prerace nerves started, loss of appetite, numerous visits to the bathroom and an increase case of insomnia would follow.

Then a wake-up call at 0500 hrs, an attempt to eat some porridge and then outside into the cold. Down jackets were quickly cast aside as we called out our race numbers and waited for the starter to blow his whistle and send us on our way.

​Running a marathon at 5 k above sea level, without tapering… what could go wrong?

The first 500m is across a sand basin followed by a scramble across a boulder field for 3km, surely no one would be running, but as we looked ahead there were numerous Sherpa athletes disappearing into the distance,

I tried running and got about 100 metres before being completely breathless and resorted to a steady jog.

Each runner had their own race plan, either privately or shared. We knew where we wanted to be at each checkpoint and what time we hoped to finish.

The elite Sherpa runners would be ignored and it would be man (or woman) against the course.

​The course undulated and meandered through six or seven checkpoints and feeding stations towards Namche Bazaar gradually losing height, although we recall little increase in oxygen levels. 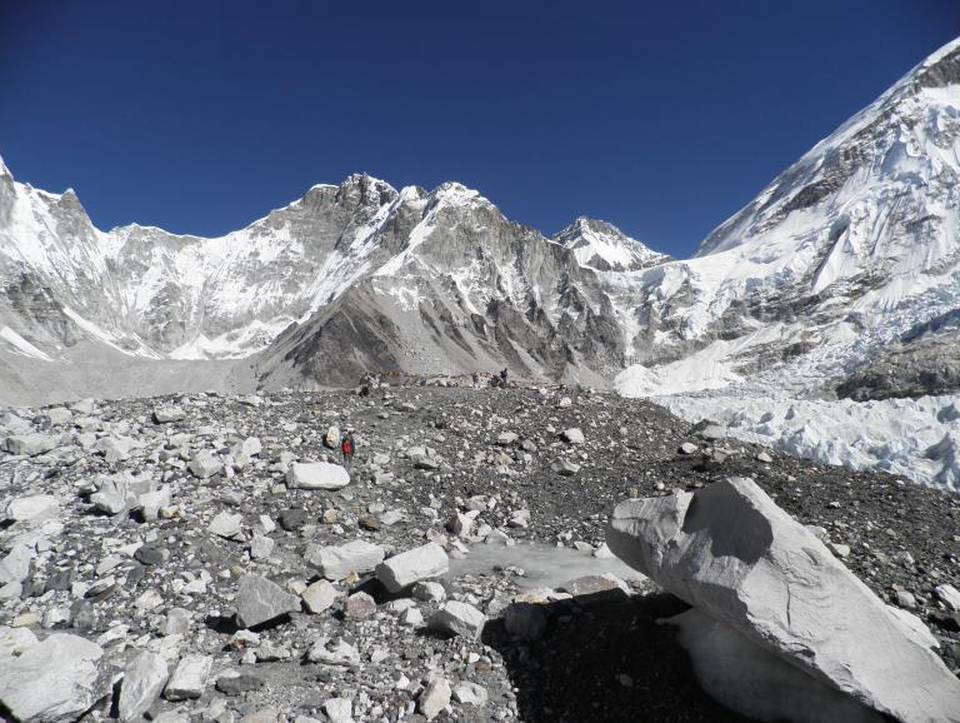 The belief that conditions would improve as we descended never became reality as fatigue balanced the “easier” terrain.

Masses of encouragement was given as we passed trekkers heading north, checkpoint marshals gave out energy bars and fluids, although these were often returned with interest after a very few steps!

The route was not marked so runners had to be constantly aware of their surroundings in order to stay on course. A missed checkpoint would mean disqualification at best and potentially more serious consequences if one got completely lost in the barren wilderness.

At the 32km point we approached Namche Bazaar, this entailed the dreaded Thame “loop”, a 10km hilly route before returning to the finish line in the village centre.

​Some notable moments from the race. Spectacular views at every corner, tiredness beyond anything else imaginable. Euphoria as the finish line approached. Completing the course with only a few bruises following the odd fall in a respectable and pleasing time of six and half hours.

​The “winner” was home in just under 4 hours. 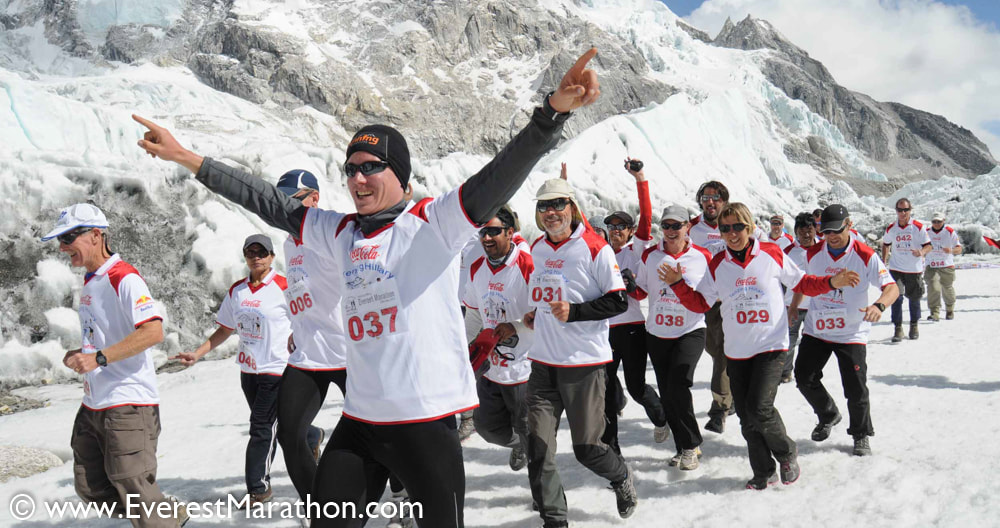 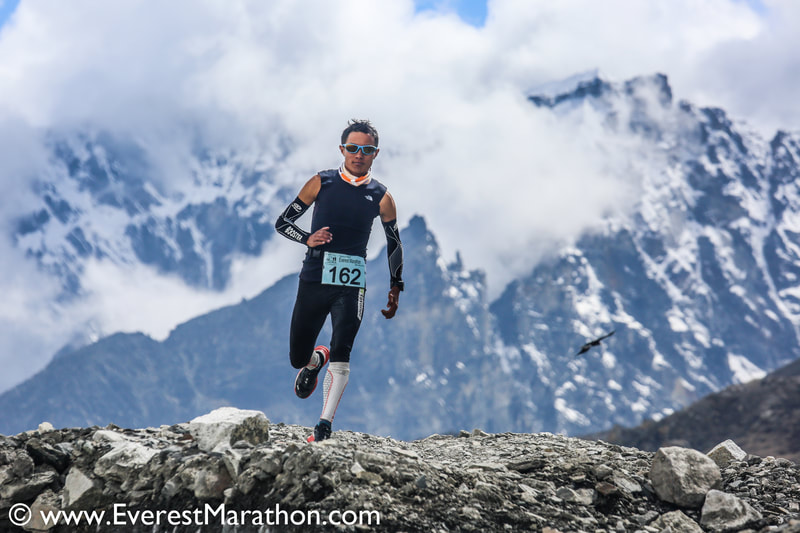 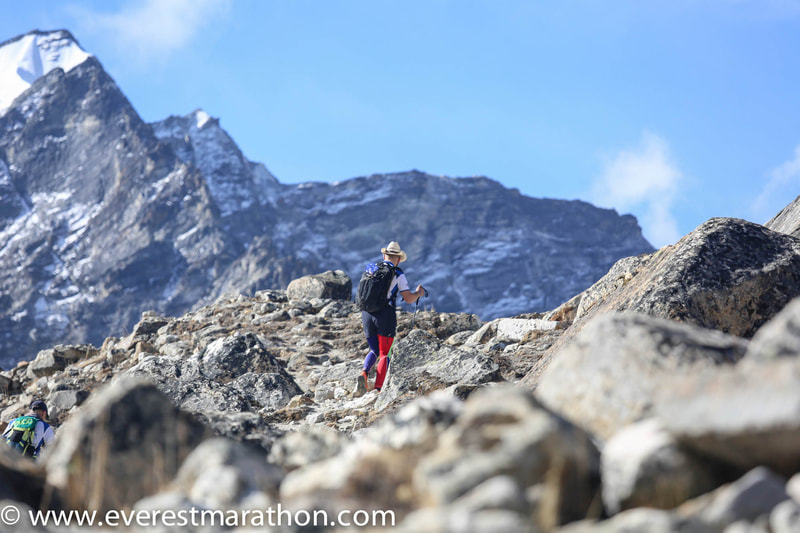 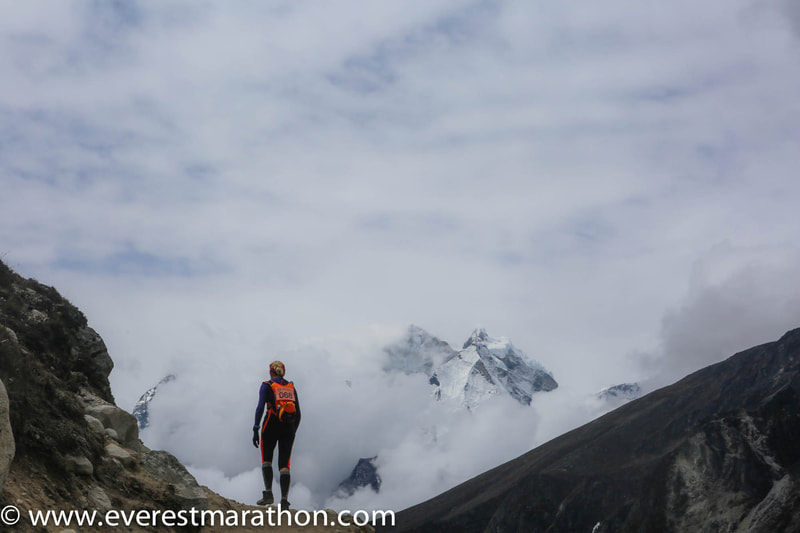 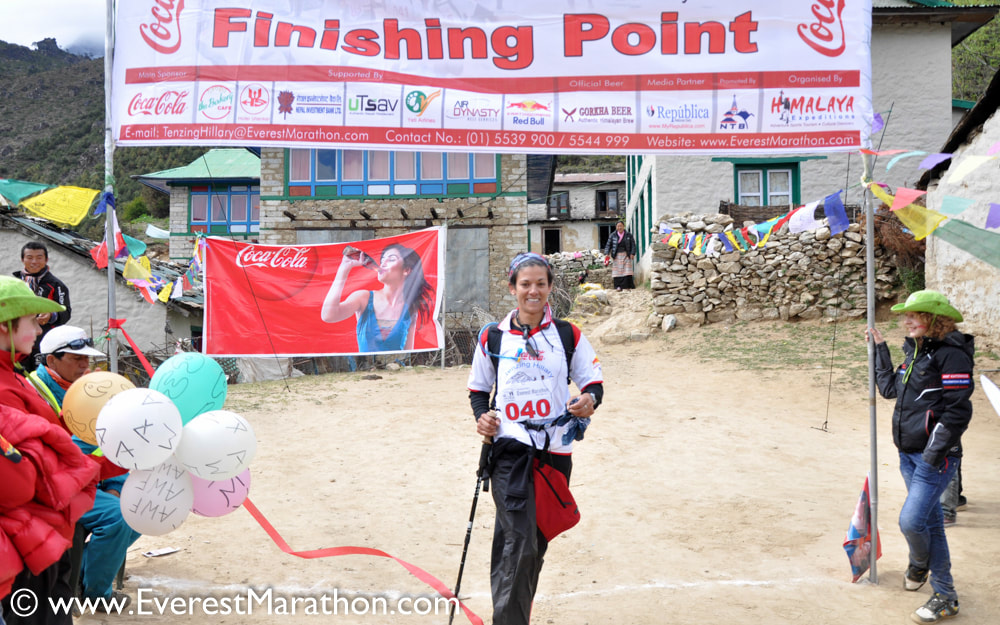